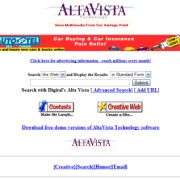 One of the first Altavista UI.

After 14 years, starting from 8th July, the search engine Altavista will be redirected to its current owner Yahoo!.

Altavista used to be the top search engine in many countries until Google took over in 2001.

SE market nowadays is a restricted oligopoly in comparison with the peak of variety between 90s and 2000s but, inside the few ruling brands (Google, Yahoo!, Bing) social media users can gain an important influence for site rankings, based on reputation (something that doesn’t necessarily mean popularity: Panda rulez).

How many people use Google as entry point for other services like Wikipedia, Tripadvisor, Hotels or Bookings.com or your best recipe’s portal? Search engines have been loosing power on many fields but they still work as an entry point: they became a browser rather than a service (and Google Chrome was a great intuition on that sense… it’s weird to think of a Chrome user setting up Bing as standard search engine).

In the same month, another well known and quite popular service, this time in the Google family, closed down: Google Reader. Apparently it wasn’t as much profitable as Google expected but, IMHO, its closure is a move by Google towards big publishers that want to impose their paid channels rather than letting users choice their best blogs.
Google has launched Currents, an app to subscribe and read popular newspapers/magazines (webzine sounds too old nowadays that press became online-based). Other services, similar to Google Reader, are chasing the empty arena, starting from Feedly that took the highest share of users.

Someone still defending printed press risks to jump to a digital stage where feed readers are obsolete.

To find out more about destiny of old search engines read this interesting post by Dennis Sullivan on Search Engine Watch. 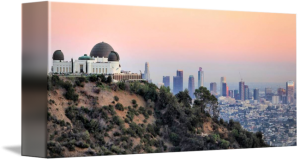