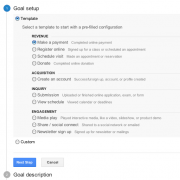 Looking for leads or new career opportunities? #socialselling became more and more important. Have you ever checked your #LinkedIn #SocialSellingIndex? Find it here ➜ lnkd.in/d8_66pA pic.twitter.com/1AMKTqtLIb

@WhatsApp Not enough. Your answer is insufficient, blurry and arrogant. For example, WA can't see the shared location but can still access and share with FB user's GPS location. Instead, you must not share ANYTHING with Facebook. Time to move to @signalapp

@drewharwell @fabiochiusi I don't stand for its users/leaders, but I find such initiatives quite scary. Discrimination, censorship, boycotting a private company only because not in line with the mainstream is downgrading the US democracy and freedom of express at the same level of their worst enemies.